Every four years, the top names in immunology and immunotherapy gather here in Newcastle for the International Therapeutic Tolerance Workshop.  This year the meeting drew the largest attendance since the workshop began back in 2005.  Back then the idea of developing therapies to ‘re-set’ the immune system was well established in pre-clinical models but progress in human autoimmunity and transplantation had been very slow.  Many felt it would not be possible to translate the pre-clinical data into patients, and there appeared to be numerous obstacles.  But Professor John Isaacs believed the way forward was an international meeting bringing together the key players from across the world.

The first meeting (Therapeutic Tolerance – Myth or Reality?) asked whether tolerogenic therapies were ever likely to play an important role in transplantation and autoimmunity.  By the second meeting in 2009 (Therapeutic Tolerance – Closer to Reality?) attendees were able to report on promising developments including the advent of cellular therapies to reprogram dysregulated immune systems.  At the third meeting in 2012 we heard of prospective trials of therapies ranging from peptides to cellular therapies.  And so, it was with some excitement that delegates gathered last week to hear the results of those trials at this year’s meeting on ‘First-in-Human Data’.

This year, clinicians and scientists - from as far afield as Australia and California - gathered to share exciting data on the first studies in patients.  Patients with autoimmune diseases such as rheumatoid arthritis and lupus, transplant patients and patients with ME and diabetes.  In addition, we were joined by oncologists working at the other end of the spectrum to ‘break’ immune tolerance.  They described new treatments and therapies promoting immune attacks on cancer cells.

The meeting opened with a keynote address by Professor Ron Germain of the National Institute of Health in the US and his breath-taking time-lapse three-dimensional video showing neutrophil swarming and the immune system in action.  Professor John Isaacs introduced the first session on Cellular Mechanisms of Tolerance before handing over to Professor Andy Mellor introducing the session on breaking immune tolerance.  With plenty of food for thought, delegates dined that evening at the Biscuit Factory in Newcastle.

The next day included short presentations on topics as diverse as immune dysregulation in childhood and immunotherapy in Type 1 diabetes, followed by sessions on New Concepts in Tolerance and Biomarkers.  In addition to these formal sessions, the debates at the end of the second and third days were one of the highlights of the meeting.  Always hugely entertaining, these debates provide a forum permitting scientists to challenge the very foundations of our current research.  No surprise then that Professors Herman Waldmann and Steve Cobbold went straight for the jugular in the first debate ‘Therapeutic Tolerance: Just Around the Corner? Or Pie in the Sky?’  The debate ran over into small group discussion in the local hostelries later that evening.

The following day continued with three engaging sessions on Cellular Therapies, Peptides, and Tolerogenic Antibody Therapies.  Our very own Professor Muzz Haniffa then gave a stand-out performance on the therapeutic implications of the new dendritic cell taxonomy.  The day rounded off with Professors Mike Ehrenstein and Ethan Shevach debating the controversial topic of whether regulatory T-cells have anything at all to do with the pathogenesis of human autoimmunity! Following a heated debate with far-reaching implications, discussions continued at the Wylam Brewery where delegates where entertained by Professor John Isaacs and his saxophone band – Saxophonics.

The last day kicked off with a thought-provoking keynote address from Professor Lars Klareskog of the Karolinska Institute in Stockholm.  Lars described the work of his team on the etiology of autoimmune disease and the opportunities for early intervention and prevention of rheumatoid arthritis, potentially even before patients have symptoms.  This was followed by sessions on Metabolism and Metabolomics including talks on anti-anabolic drugs, immunosuppression, metabolism and inflammation.  The final session on Immunotherapeutics included the latest data from Professor Jaap van Laar from Utrecht on haematologic transplantation for autoimmunity before Professor David Wraith wound the session up with a thought-provoking vision for Therapeutic Tolerance twenty years from now in 2037.

Publications
Many of the Faculty have agreed to prepare articles based on their talks, for publication in a forthcoming ‘e-book’ in Frontiers in Immunology 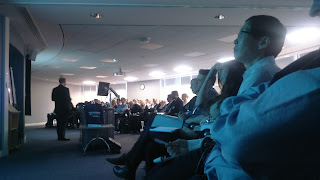 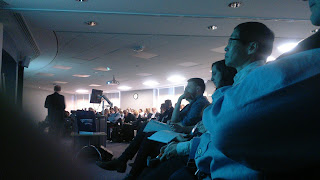 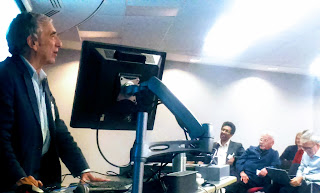 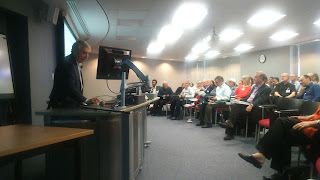 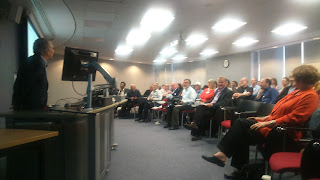 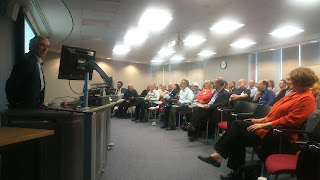